In order to understand hip hop jewelry, it would be interesting to know a bit of the history of hip hop phenomenon per se. It was during the 1970s, that DJs would isolate beats in popular music and repeat them. This later would be known as sampling. Such mixing and matching made artists lay down rhymes to beats and it was in this way there emerged a popular genre called rapping. And, following this, it was in 80s that hip hop jewelry made its firm statement which has withstood the brutal test of Time.

This new type of jewelry in the 80s for men was all about the heavy gold chains while for women it was large gold earrings. Hip hop jewelry therefore was not just about fashion and style, but it was a subtle representation of the success of those who made it big and are ruling the top.

Having made its mark in 80s in the form of heavy gold chains, this jewelry found its new meaning in platinum and silver. All the glamor shows including music shows were like stars studded with diamond encrusted platinum or silver pendants. This jewelry gained much prominence when rappers like Birdman iced their entire mouth with permanent platinum fronts. 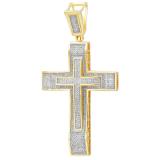 Talking about this jewelry in today’s context, it is like you name it and we have it. Yes, it is available in variety of shapes, materials and quality. Since, fashion is nothing but change; the trends in hip hop jewelry too get changing now and then. Partly due to economic reasons and partly due to accessibility issues, in recent times, wood pendants and accessories have become popular in this genre.

Though jewelry is a matter of fashion and style, it is also a matter of belief and faith for many. There were many celebrities like LeBron James, Nas and even Justin Bieber who flaunted Jesus wood pieces. Such religious beliefs have played a significant role in forming the trends in hip hop jewelry since 1990s. And, religion and faith are something that has been deeply rooted in human psyche from time immemorial. Hence, this influence is likely to shape up various trends in hip hop jewelry.

Talking about fashion, hip hop jewelry is something that has withstood the test of time. Sometimes back, gold thick rope dookie chains reappeared to pay homage to the golden era of hip hop. Being an ever-changing jewelry, hip hop jewelry epitomizes wealth, style, fashion and success.